A trip to the mountains 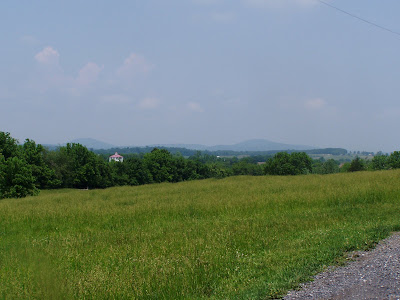 Greg and I spent Memorial Day weekend in the Shenandoah Valley with his folks. Gosh but I love it out there! It was pretty hot but we still managed to get out. My Father-in-law has been working hard on the Branner family geneaology. There is an existing "Branner Book" that was written in the 30's. It holds a wealth of information but Bob has been able to correct several mistakes as well as answer questions that the author Casper Branner had struggled with. The internet has been an important tool in Bob's ability to do the update!

The other element that has helped Bob in his research is the fact that, unlike Casper Branner who lived in California at the time, Bob still lives in the vicinity of the orignal Branner roots. There was actually a place called "Brannertown". While the "town" itself is long gone Brannertown Road still exists. We were able to walk around the property where the FIRST Casper Branner settled in the 1760s. 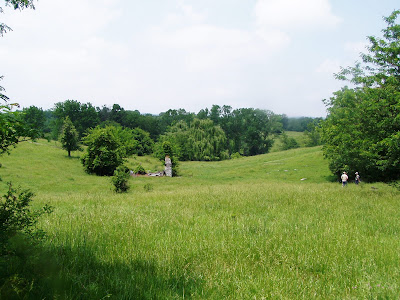 You can see here the remains of the first house that later became a spring house. The large willow in the distance sits next to the pond fed by the spring. 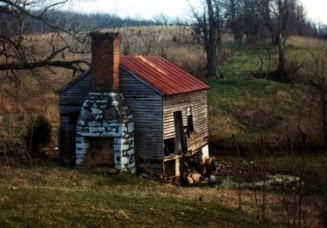 This an old photograph of the original house. At this point it was used as the Spring House. We have a question concerning the exterior hearth that you can see in this picture. I had not seen this picture until after our visit. I want to go back to look at the remains more closely to see if there is any evidence left of that opening. 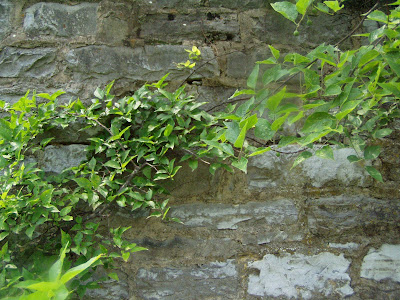 Here is a close up that I do have....is there a slight difference in the stone work? 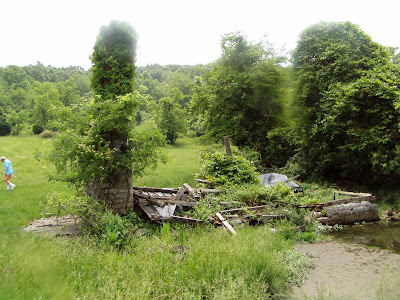 Here are the remains of the first structure. You can see it is built directly over the spring. Of course in the early-mid eighteenth century Indians were still a threat. Building over your water supply was a common practice in case of attack. 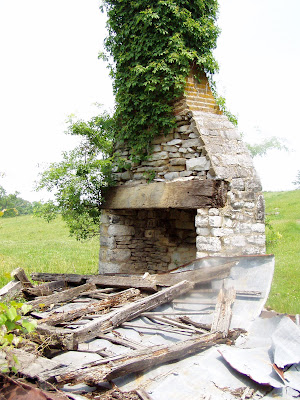 The fireplace is massive. I was a down hearth cook in Colonial Williamsburg for a summer. I can appreciate the workability of this space!! 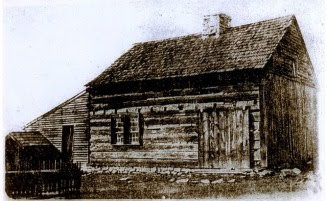 This shows the later house that was built further up the hill. The slanted roof towards the rear might be the kitchen (though on second thought where is the chimney??) The fenced area to the left is where the cider press was located. 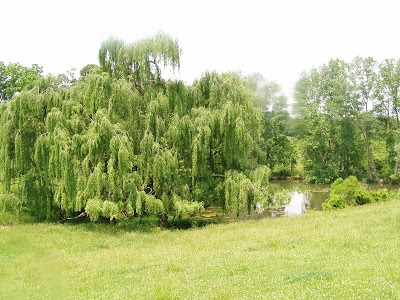 Such a beautiful place. Terry, the current owner has been so kind letting us come to see the property. (And making sure his bull was in another field!!) He remembers when some of the structures were still standing.

I also was able to get some cow pictures! These may very well show up on pots, or maybe some block prints..... 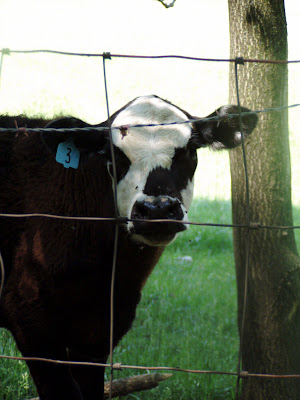 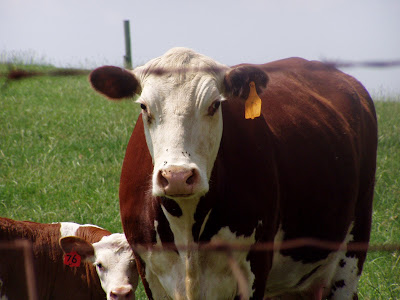 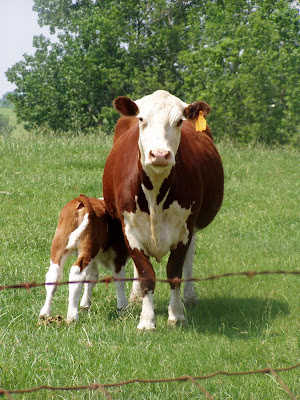 Today I was planning on returning to the studio since all the house construction was finally finished. But on Thursday afternoon I realized our AC had died....so today I am babysitting the repair guy. :(
Posted by Anna M. Branner at 4:34 PM 2 comments:

Now Let the Rain Come Down 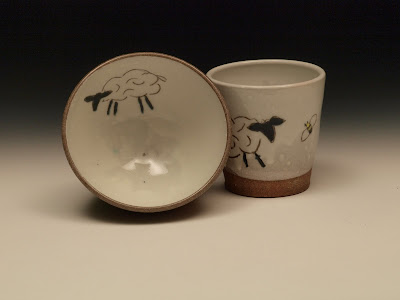 So the weekend was beautiful. I feel that I was a success and I am not overwhelmed by the possiblity of more shows in my future. Plus Greg and I are still on speaking terms and that has to mean something!

Today the cold I had been fighting has arrived and it is pouring rain. We NEED the rain and I have a nice shiny new sump pump to take care of the water in the basement. My studio shelves are full and I am taking a break. All in all things are good!
Posted by Anna M. Branner at 5:25 PM 2 comments: 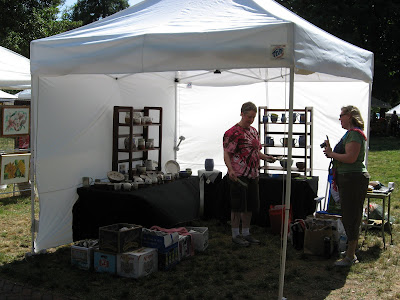 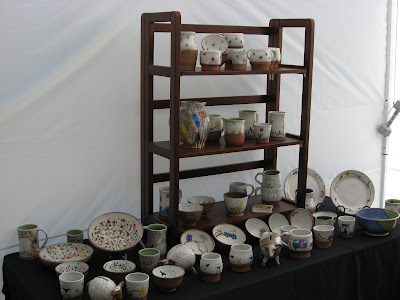 My first day of my first show went well. We were running a little later then I would have liked in setting up...there was someone else setting up in our space and we had to help them move over. Then my friend fellow artist Elizabeth Woodford showed up and got us organized. Thank you Elizabeth!! As the day progressed people asked how we were doing (I think the general consensus was that it was pretty slow) and my response was always "I dont know, this is my first show so I have nothing to compare it to!" At the end of the day adding up receipts I feel as though I did very well.


Plus I won another prize!!! I am still amazed. Two awards in one month. 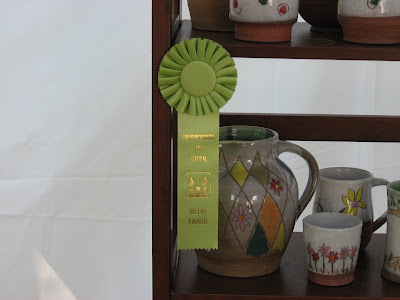 I have to say I am quite a talker....and with my husband Greg there to help with the money end you never know where the conversations will go. When the judge presented me with the ribbon, she also commented "there always seems to be the most interesting conversations going on in this tent!" (At the time I think Greg was talking to a customer about his time in prison. That may be interesting, but even more so is the fact that Greg has never been incarcerated! Figure that one out!) 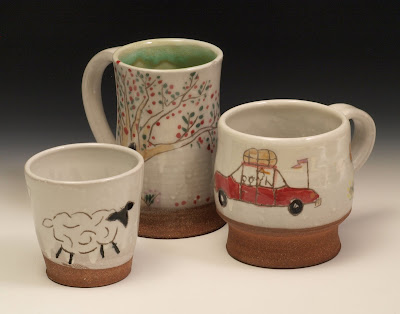 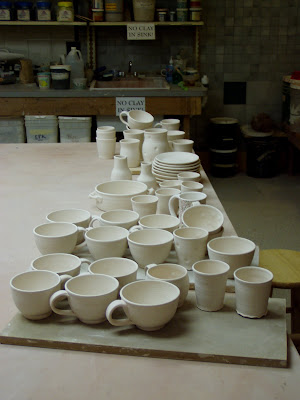 I can honestly say the lack of posts is because I have been so busy! We are finally having some much needed work done on our Old House. The rebuilt screen porch is looking beautiful. I KNOW I will appreciate the waterproofed basement. The jack hammering better damn well be worth it!


A doubleweave throw woven of Harrisville wool and felted in my washing machine. This was my first time at attempting to weave double my looms width. Im pretty happy with it....and it won second prize! I've never won a prize for my art before. :) 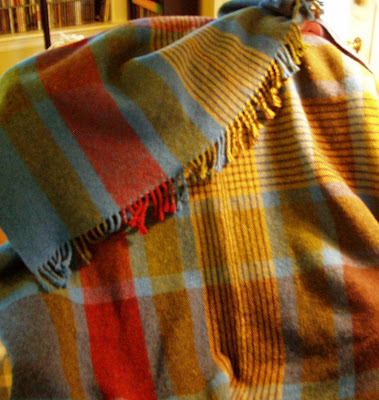 My second piece is this woodland mirror 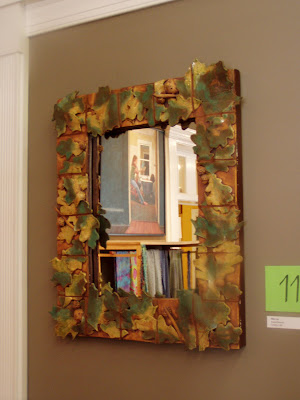 I am SO happy with this. I have carried it around in my head for years....and would not have been able to complete it without my Dad's help (he cut the MDF and routed out the hole for the mirror) and Andrea Shreve-Taylor a VERY talented mosaic artist here at LT (she basically held my hand thru the installation and grouting process!) 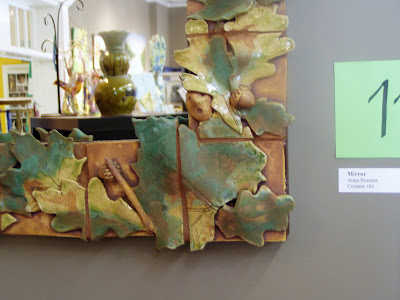 Those of you who read Dan Finnegans blog will know that he had an awesome kiln firing a week ago. He generously allows some of us to add a pot or two....This time I made buttons. Such cool color variation. And the wonderful thing about a wood firing....no glazing needed! 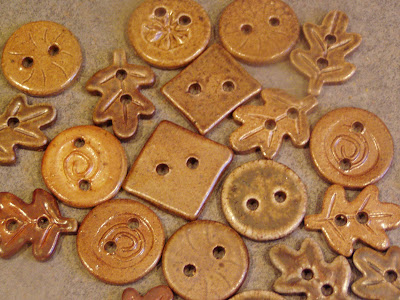 I have also been preparing for my first craft show. I know I have enough pots....

I am sweatin' the logistics and the set up and the weather....But this weekend is the "Big Event" and with my hubby the CPA's help with the financial end I can worry about the other stuff. :)