A few years ago I discovered the blogs of Doug Fitch and Hannah McAndrew.
I've always loved the traditional looking slipped redware, or earthenware that you can see at historic sites, like Williamsburg or in museums like Wintethur.
And here are two artists that are still carrying on that tradition!
Dougs work truly mirrors the English country style of pottery that you would find in working homes.  He digs a good bit of the clay he uses from the land around him.
Hannah's work is a bit more refined, but she is practicing the sliptrailed tradition seen in the Staffordshire area of Old England.
After one of his annual visits to England Dan Finnegan decided that it would be a great thing to bring these two potters to America to teach some workshops.  After lots of talk and planning this past weekend was finally the big event!
(I will apologize now for the phone quality pictures.  Between my own excitement and the fact that Doug does not sit still for long there are some blurry ones here....but they still tell the story of a great weekend.) 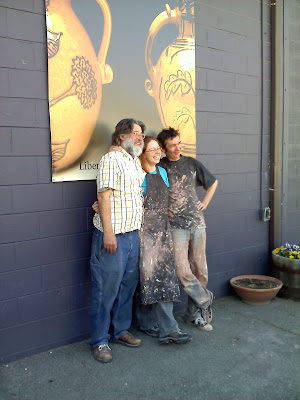 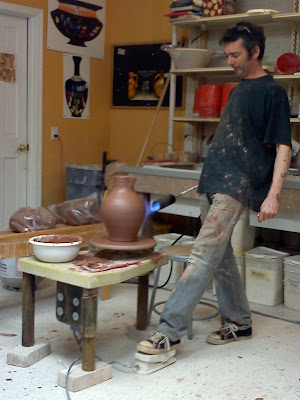 There was alot of blow torch use...trying to get pots thrown, handled and decorated in just a matter of hours.... 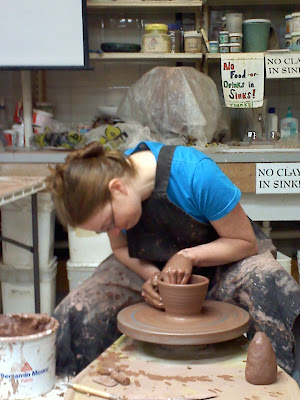 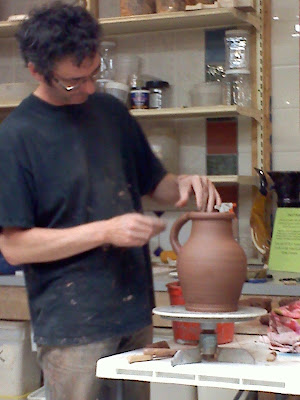 Doug working on a puzzle jug. 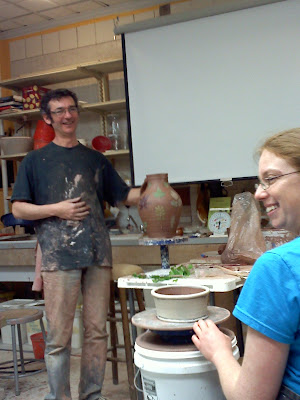 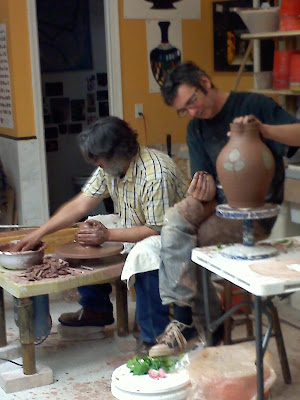 Proof that Dan Finnegan HAS tried throwing with earthenware clay. 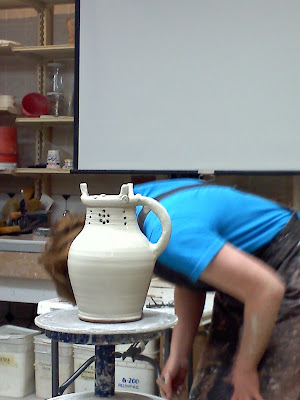 And TONS of laughs.  Hannah has an awesome sense of humor and Dough had her (and us) giggling ALOT. 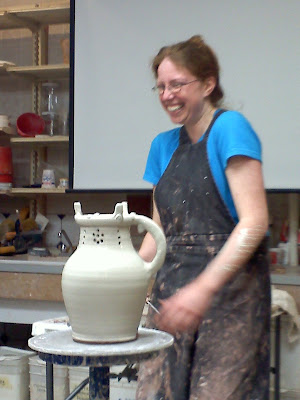 But not enough to effect her steady hand while she sliptrailed away on the puzzle jug that Doug had made. 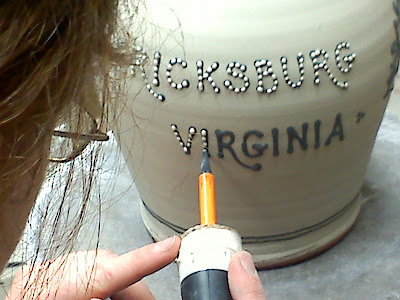 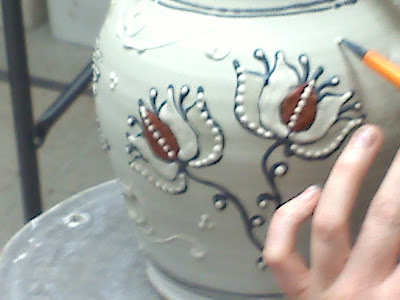 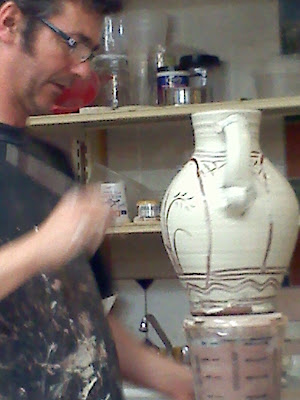 Doug's harvest jug.  Thrown, (torched!) handled and then slipped.  The design is loosly worked in the wet slip. 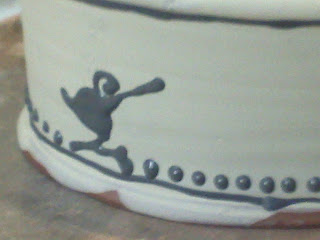 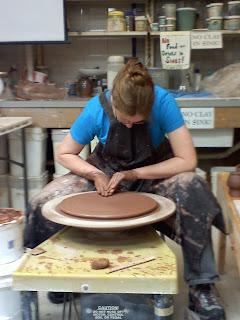 Hannah used a technique for a large (16 total pounds) platter that I had not seen before.
First she threw the base with 8 pounds. 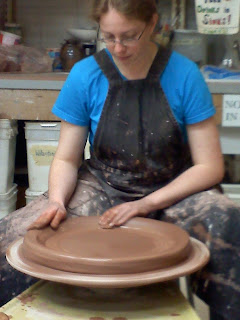 Then she attached a LARGE coil (another 8 pounds, that at her studio at home in Scotland she would have gotten from her pug mill but at the workshop she rolled by hand) around the base..... 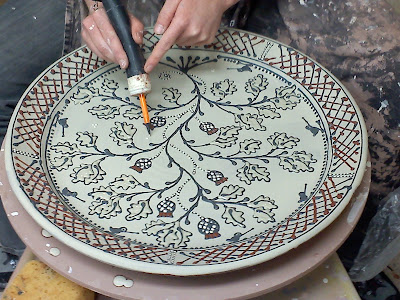 When it was finished, a fantastic canvas for her terrific sliptrailed design. 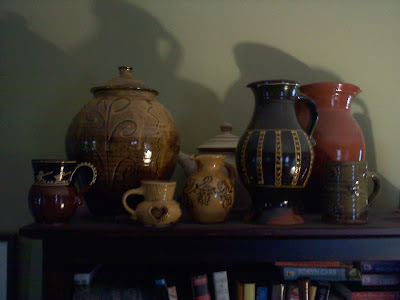 Now I have more pots in my collection!  The large jar on the left was actually purchased from Doug last year by mail.  I LOVE the weight of it, the looseness of the design and the warm brown of the local Devon clay.   My new Doug Mug is on the far right.
The two mugs to the left by Hannah were gifts in the past, but the pitcher in the center and the beautiful pitcher to the right of it are my new purchases.
It was such a whirlwind.  I feel like have made two new freinds and  I can't wait to get into the studio and apply some of the things I learned from them!
But today I was faced with the ignored yard work (it's officially lawn mowing season.....) and I still must finish the pots for the looming Spring Shearing at Juniper Moon!
However the ideas are churning away........
Posted by Anna M. Branner at 6:28 PM

Wonderful stuff!!! And that platter is absolutely breathtaking! Sounds like a good time all around. :)

Glad that the demo went os very well!!! Can't wait to see what you do with all of your new knowledge!! I tried to get down to pop in to say hi but never made it south!
PLEASE let me know the next time you are coming to the burg- would love to see you!! Perhaps plan a trip out to Charlottesville afte sheep shearing day at the farm!!
Hugs!

Hey you, all home now and beginning to think it was all a very weird amazing and exhausting dream. Thanks for the blog post, glad you seem to have enjoyed the weekend, really fab to meet you finally.
hx